Now we look what kind of relation 152403 has with the truth, ameth, 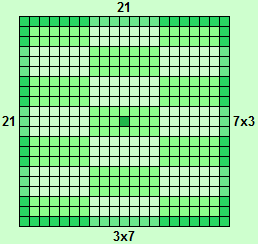 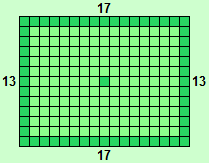 I think that it is clear now to the reader that the truth, 441, fixes the letter position of the central letter in the Torah, and with that also the total number of letters of these five books.  We can not be sure if the bible writer was aware of this fact. It might have been divine inspiration, but it can also be a control method to keep the text clean and complete. Researchers that use scriptures with a different amount of letters have to consider whether they use the right writings or not. In most cases it will not make a big difference for the explanation of the texts. But for accurate research and research of the mathematical connections it does make a difference. So be warned and check out if your Torah text has 304805 letters.

I can not point out exactly why there is a change from composites to primes, but 350 is the CV of the Hebrew word

, my name or the Greek word

Gen.22 describes the sacrificing of Isaac by Abraham. This story is a foregoing reflection of the sacrifice of Jesus. In Gen.22:12 God points out that loyalty is important and not sacrifice. God himself will provide a lamb for the offering. This is the central theme of the bible.

The first, the middle and the last letter form now the word,

. The sum of the letter places in this alphabet is: 1+14+27=42. We can formulate this number as 21+21. The multiplication of these numbers has also the truth as result, for 21x21=441. Both the alphabet as the words are carefully arranged.

In the end the Hebrew alphabet with 22 letters is used. In chapter 10 I have shown that the triangle of 22 has 253 units, and that those units can become connected by 441 triangles. And I have also shown in chapter 12 a code of Jesus with ELS 22 of which the sum of the letter places 2368 is, the Greek CV of Jesus Christ. Jesus is called  the WORD as well the TRUTH. A reason to look closer to the number 22 again. Because I found significance in the composition of composites in the story above, I started to count from the number 22. In the table beneath you can see how you, starting with 22 it ends up with 386. Eight numbers are involved, six are counted (in three times) and the seventh (the result of those three times) points out the eighth:

An other interesting phenomenon with composites we can find with the word Torah,

, 363+386=749. And there is also a different writing form for Jesus with a hee in his name, which is used sometimes: Jehoshua Messiah,

Matth.5:18: For verily I say unto you, Till heaven and earth pass, one jot or one tittle shall in no wise pass from the law, till all be fulfilled.